“Murray or None”: A showcase of our work

This month we’re allowing ourselves to step back and admire the results of our latest project, a wonderful new exhibition ‘Murray or None – The Life and Times of Admiral Sir George Murray’ on show at Chichester’s Novium Museum.

George Murray was born in January 1759 in Chichester, where the Murray family was highly regarded and influential. The son of Chichester alderman Gideon Murray, Admiral Sir George Murray became an officer in the Royal Navy and a personal friend of Lord Nelson, participating in the Battle of Copenhagen with Nelson’s squadron in 1801.

So taken was Lord Nelson with Murray’s skills and leadership, that when chance prevented Murray from serving as captain of the fleet at the Battle of Trafalgar, Nelson did not appoint anyone to take his place, stating that it would be “Murray or none”.

In 1804 Murray built a house in North Street, Chichester, which is now the Ship Hotel. He became mayor of Chichester in 1815 and died in 1819. Both George Murray and his wife Ann are buried at Chichester Cathedral.

With these local ties, and a fascinating story of how this local hero played his part in significant world events, The Novium, together with Chichester District Council, the West Sussex Record Office and the Murray Club collaborated to get a dedicated exhibition up and running.

Buzzword’s part in the proceedings came when we were approached by The Novium to come up with the overall concept and visual development of the exhibition space. This included impactful, floor to ceiling wall vinyls, banners, signal flag bunting and three brochures to accompany the exhibition, plus launch evening invitations.

With very few amends to the original concepts, our very enthusiastic client supplied all the research materials and our team set to work developing the exhibition graphics and bringing the story of Murray to life.

This has been both a challenging and fascinating project for us. We had to work to an extremely tight schedule, only 6 weeks from start to finish! From initial drawings and plans to measuring-up for stud walls, sourcing fire retardant hanging sails and overseeing a complex install, we accomplished a great deal in a relatively short space of time.

The exhibition will remain open until December 2016, and will run alongside family events, re-enactments, sleepovers and mock battles.

To find out about other work we’ve completed for Chichester District Council, please see our Portfolio page. 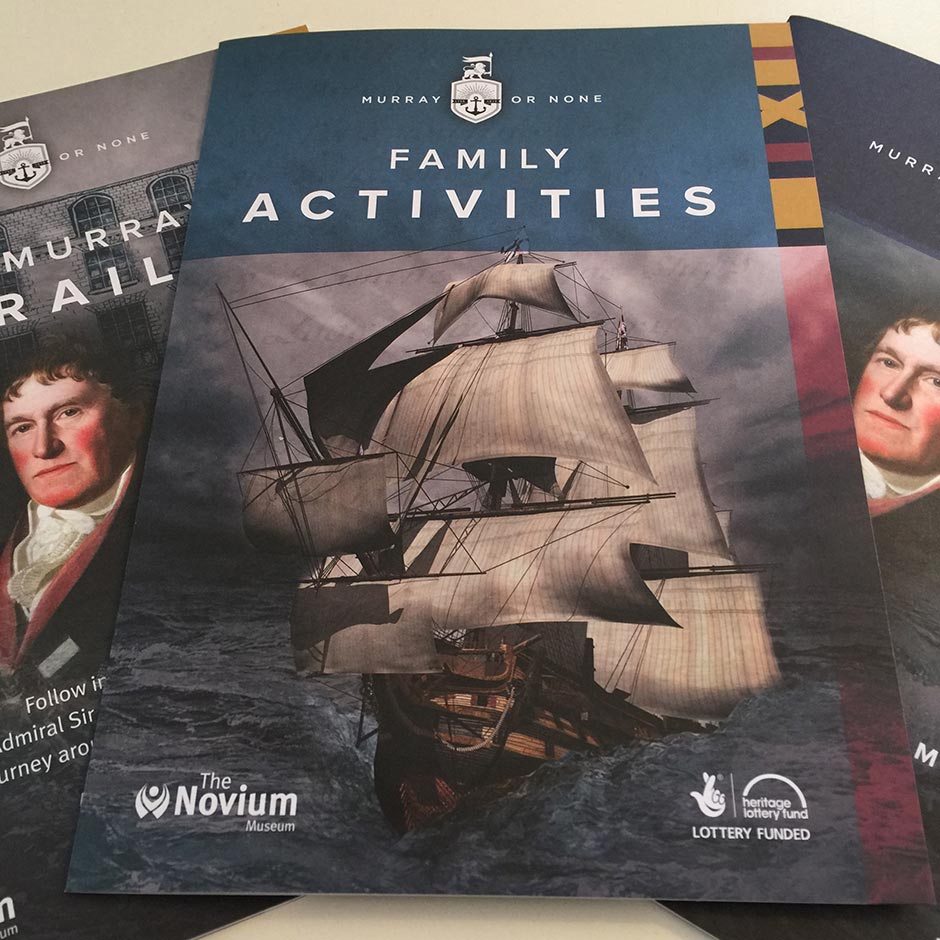