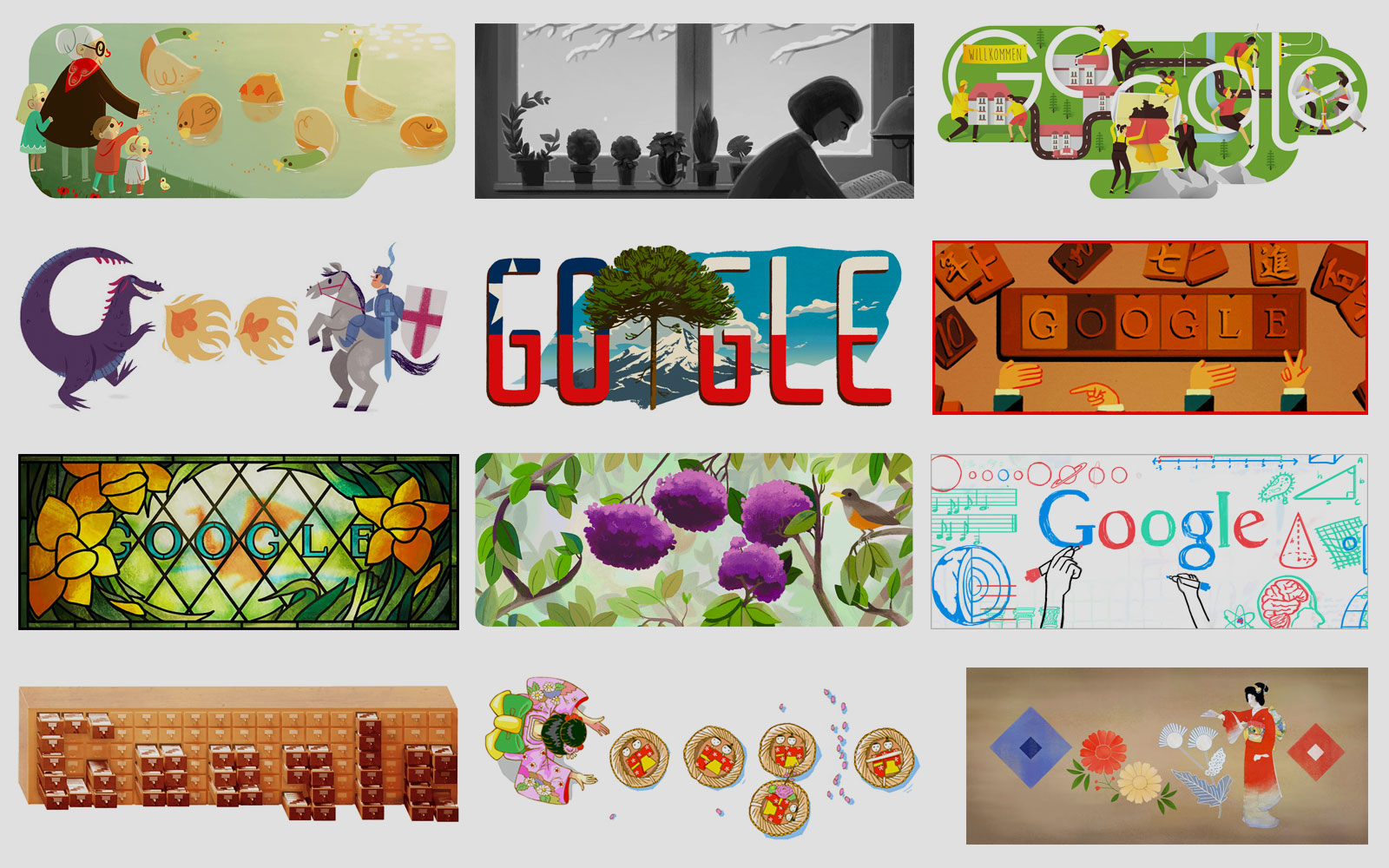 Q: What do Fred Flintstone, Sir Isaac Newton, the planet Mars and a bunch of animated autumn vegetables have in common?

A: They’ve all been used as subjects for that fun and familiar take on the Google logo …the Google Doodle!

This topical, temporary tweak of the Google logo, which pops up on the Google homepage marking special events, dates on the calendar, notable achievements and remarkable people was the (rather accidental) brainchild of Google founders Larry Page and Sergey Brin.

They created the very first Doodle in honour of America’s Burning Man Festival in 1998. Page and Brin placed the Festival’s logo behind the second ‘o’ of the Google logo, to be used as a kind of ‘out of office’ message by the pair, notifying users that they would be away from their desks and heading off to the Festival.

This light-hearted feature went down rather well – in fact so much so, that freelancers were commissioned to come up with the concept and design of subsequent Google Doodles. In 2000, Page and Brin asked intern Dennis Hwang to tweak the Google logo in celebration of the Year 2000 Bastille Day …a Doodle which resulted in Hwang becoming ‘Chief Doodler’. Since then, Doodles have been designed and published by a dedicated team of Google employees known widely as ‘Doodlers’.

As the concept evolved, the first animated Doodle was posted in 2010 honouring Sir Isaac Newton’s birthday, by showing an apple falling from a tree. Shortly afterwards and evolving still further, the first interactive Doodle appeared celebrating the 30th anniversary of the popular 1980s computer game Pac-Man. The user was able to click on a ‘play’ button and interact with the doodle, to all the familiar graphics and sounds of the original game! More recently, hyperlinks were added to Doodles, often linking to a search results page for the particular subject of the Doodle.

Perhaps the most inclusive aspect of the Google Doodle concept is that absolutely anybody can suggest an idea for a doodle! Come up with your own idea and simply email it to [email protected]. You never know…

Fill your spooky boots with Hallowe’en Marketing Tricks and Treats